You are here: Home / I Pagliacci Sets & Costumes

Staged as a paired evening of one-act operas – I Pagliacci & Leonard Bernstein’s ‘Trouble in Tahiti’ was Michael Uthoff, the award-winning ballet choreographer, making his first foray into directing, bringing his consummate choreographic talents to the opera stage. This production pair was performed at Connecticut Opera in the Bushnell Center for the Performing Arts in Hartford and then toured.

I Pagliacci was staged as a live TV studio production with the chorus as the audience, and the murder occurring before the live audience – was it real, or a scene? 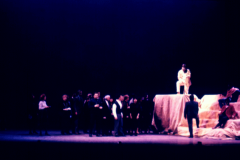 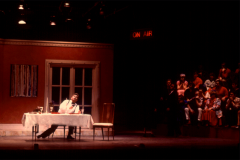 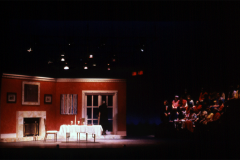